When Mobile County became a part of the United States, a five member "County Court" was established, and the Judge of Probate was the presiding officer of the County Court. This court, like its counterparts in most other Southern states, was also the chief administrative and legislative body in the county and an inferior court with limited civil and criminal jurisdiction. In 1821, the composition of the County Court was changed from five justices and a clerk to one "County Judge" and a clerk. At the same time, a separate "Court of County Commissioners" was established, consisting of four commissioners and the County Judge. This arrangement provided for some separation of the judicial function from the administrative and legislative function at the county level. The County Court was vested mainly with the same judicial powers of its predecessor, and the County Judge was assigned the same powers formerly exercised by the chief justice of the former inferior County Court. The administrative and legislative functions, such as control over roads, bridges, ferries and the management of public buildings were assigned to the new Court of County Commissioners.

Previous Judges of Probate (and Presiding Judges of County Court) 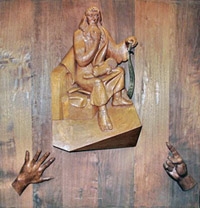 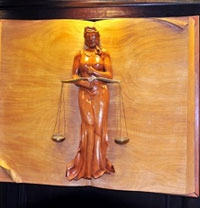 Click to view the Court's 2010 Dedication Ceremony, which includes information about each judge of the Court